What is this tool ?

This is a SHACL-based SPARQL generator. It generates SPARQL queries used to extract a subset of data from a knowledge graph, based on the SHACL specification of the target dataset structure.

If generates CONSTRUCT queries to return an RDF graph as an output.

To test, and to better understand how the SPARQL query generation works you can download this turtle example of an application profile specified in SHACL , or the corresponding Excel file This Excel file can be converted in SHACL using the SKOS Play xls2rdf conversion tool. All the details about the conversion rules are documented in the converter page. This documentation only explains the query generation algorithms.

The SPARQL query generation requires that there is at least one NodeShape with SPARQL-based target, that is having a sh:target that itself has a sh:select giving the SPARQL query that defines the target of this shape. The SPARQL query in the sh:select is the starting point and is inserted as a subquery.

On property shapes, the following SHACL predicates and constraints are considered :

Within the property shape, 3 possible conditions are considered.

When a sh:path property has a sh:node constraint, the SPARQL query generation "follows" the sh:node to generate either another SPARQL query or another UNION clause (see below).

Multiple "target" sh:node are supported through the use of an sh:or constraint :
sh:or([sh:node ex:nodeShape1][sh:node ex:nodeShape2])
For each NodeShape indicated in the sh:or, a new SPARQL query or another UNION clause will be generated (see below).

sh:inversePath used in sh:path contains a blank node that is the subject of exactly one triple.
Using this insert inverse property paths in the generated SPARQL query : ?x ^foaf:knows ?y 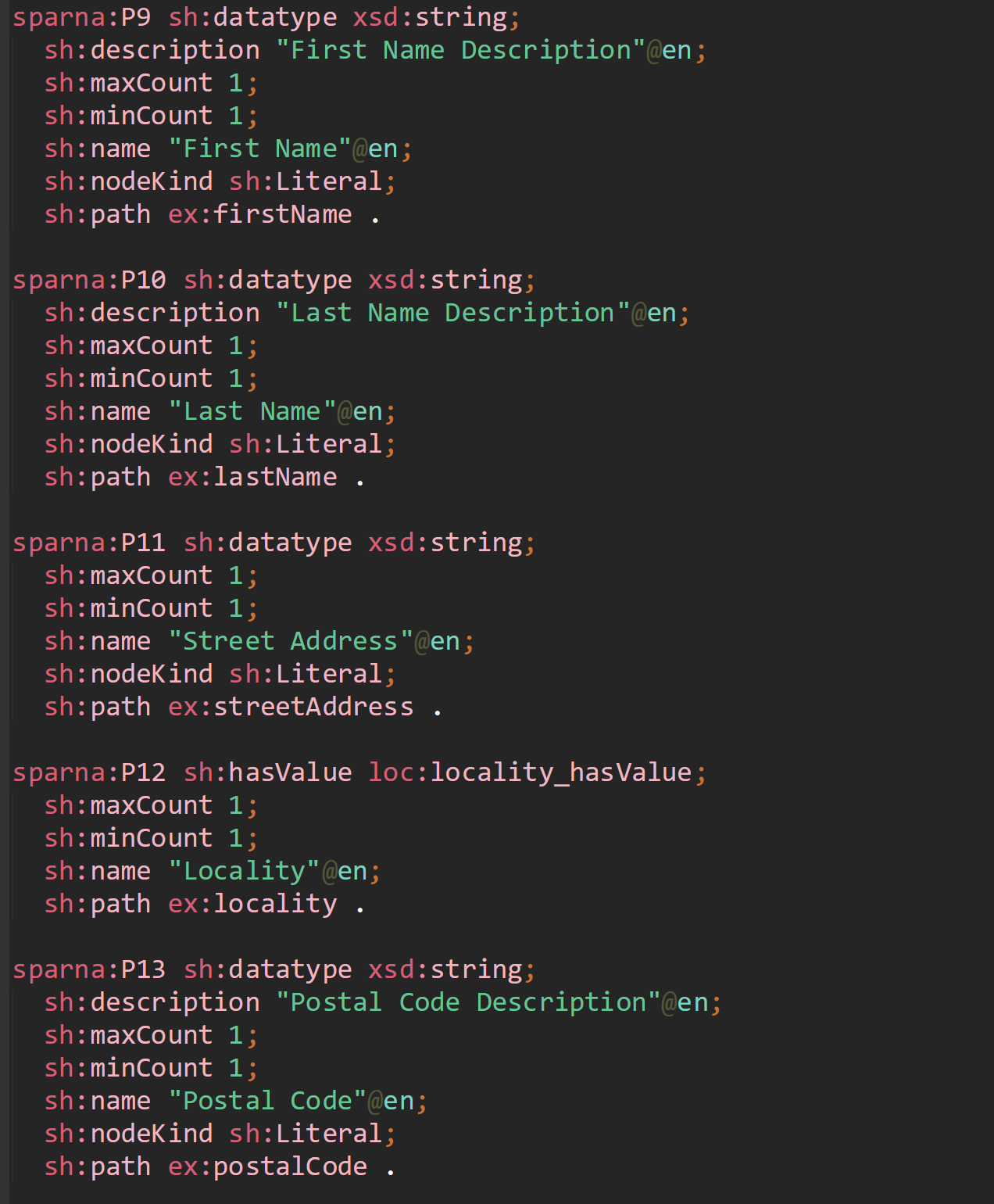 Instead of generating multiple queries, one for each "path" in the SHACL specification, it is possible to produce one single SPARQL query for each "starting point" NodeShape having a sh:target with a sh:select. The query uses a serie of UNION clauses. In this case, no filtering using sh:hasValue , sh:in or sh:languageIn happens. The query simply takes into account the structure of the triples in the graph, but cannot filter on their value